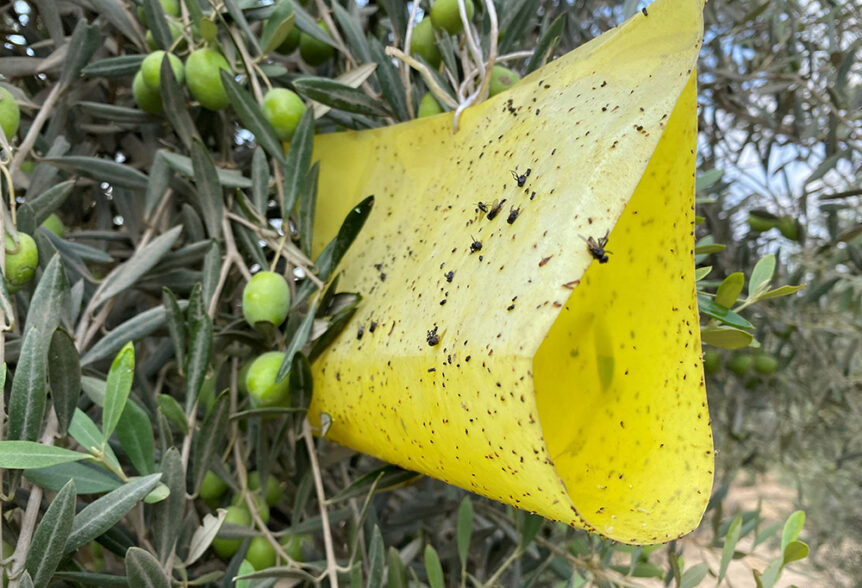 In Egypt, olive cultivationis is as old as 3000+ years, as documented by wall-drawing of ancient Egyptians (Fig. 1 illustrats photos of wall-paiting of ancient Egyptians harvesting olive from the trees). In the last decade, interest in olive cultivation rapidly increased due to its economic and nutritional values, and tolerance to relatively high salinity soils. However, the low organic matter content of the soil and excessive use of chemical pesticide to control pests’ infestation of the olive tree, possess challenges to olive producers since it affects the yield and quality of olive and olive oil. Therefore, some agro-ecological practices were implemented to enhance olive yield and quality in a sustainable way. These practices include pruning, fertilization with compost, and applying biological natural products for pest control.

Selection of field trial site: Sharqia governorate (Community: Belbis city, Fig 2), the agro-ecological zone (AEZ), was selected as the field trial site based on the recommendation of our experts, considering farmer’s willingness to cooperate and climate suitability:).

The following treatment were laid out to demonstrate the impact of organic fertilizers and biological pest control treatments on olive yield and quality:

Compost was added to the olive tree in December, as part of winter crop service, at a rate of 25kg/tree.

To estimate the effect of the chosen agro-ecological practices on soil properties, soil sampling was conducted before and after application of compost and for soil chemical and microbiological measurements. (Fig.3).

For all trap types, the traps will be placed in fruiting trees before July 1 in the second tree row or further in to reduce dust accumulation in the traps. Hang the traps mid-canopy, in the shade (north side of the tree), and in an open area to avoid leaves blocking the trap. The number of flies trapped weekly will be recorded.

McPhail traps are used extensively in Egypt, primarily for monitoring, but sometimes for mass trapping. They are plastic or glass containers with a reservoir for liquid baits, containing a 4% solution of ammonium salts (ammonium bicarbonate or ammonium phosphate) as bait attractants. Flies enter from the bottom of the trap through the opening and drown in the solution. Two traps should be placed for each 5 to 10 acre block of trees to evaluate treatment efficacy. More traps per block are necessary to evaluate fly activity or density.

Yellow sticky strips are baited with a sex pheromone (spiroketal) and/or ammonium bicarbonate attractant. The sex pheromone attracts the males whereas ammonium bicarbonate attracts both males and females. Both lures can be combined in one trap. Traps are placed on the south side of the tree in the winter and on the north side in the summer. Hang the trap in open shade, with 203 to 254mm of clearance from foliage, and for trees with fruit, inside the canopy.